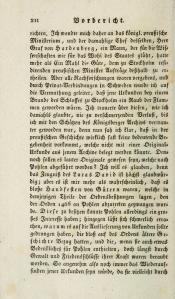 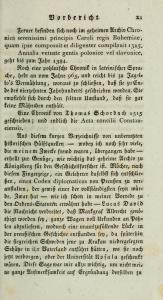 So according to Lucas David, as reported by Kotzebue in Preussens ältere Geschichte, Band I, a wagonload or so of documents was taken from Königsberg to Krakau in the 16th Century, subsequently captured by the Swedish army (presumably in one of the 17th Century invasions) and taken back to Sweden, possibly to Uppsala University. Rumours from Sweden later alleged that they were destroyed in a fire at Stockholm castle.

Is any of this true, do they still exist? I’d like to know. 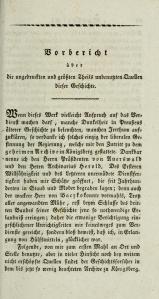 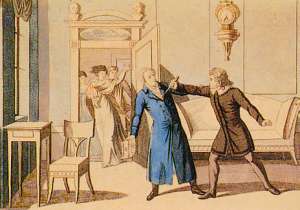 As an Englishman, albeit one that has no interest in football, I would hope that some of the English football fans might give a moment’s thought to the old city of Königsberg as their team play there today.  Destroyed by the RAF in 1944 and now occupied by the Russians. 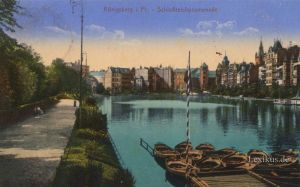 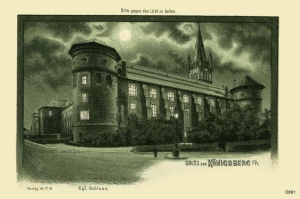 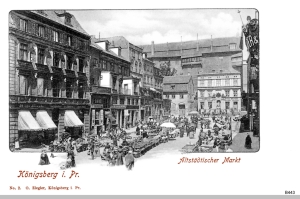 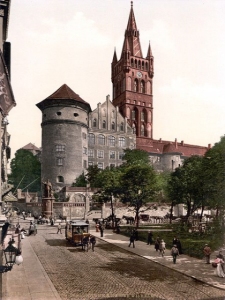 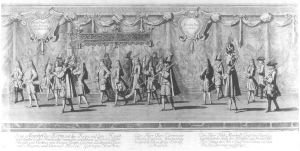 On this day in 1701 Friedrich I was crowned King in Prussia at Königsberg, some things should be remembered. Was wäre, wenn…